Leaves and debris gather in drainage areas over the winter. Now is the time to ensure that the spring rains will run off adequately. Spring seedlings do best in soil that drains well. Because vegetative growth is at a low point in early spring, this is the easiest time of year for clearing drainage ditches. And be sure to put the cleared material, usually dead leaves and small branches, into the compost. Spring compost piles are commonly short on carbon-rich materials, and every addition helps.

Soggy winter soil puts a strain on raised beds; sometimes a stake will rot and give way. Any bowed or leaning sides should be fixed now. Dig back the soil behind the bowed side and drive in new stakes on the inside of the sideboards with a slight inward lean. Push sideboards up to stakes and fasten well with screws or nails. If you are interested in purchasing a raised bed.

Trellises and fencing are also easiest to repair in early spring, with less growth to work around and fewer roots to disturb. Setting new fence posts, however, is best done after the spring rains have had a chance to drain through the ground. If the water table is too high, postholes will fill with water as you try to dig.

Any weeds appearing in your garden beds will be easiest to pull now, when the roots are shallow. Covering bare spots with mulch or ground cover will minimize the emergence of new weeds. Adding mulch to a depth of three to four inches is usually sufficient. Black plastic sheeting can also be used to cover the beds before planting as a way to suppress emerging weeds. And if you flip the sheeting over once a week, you may likely find slugs which have been hiding in the bed.

When adding mulch to garden beds or around the base of fruit trees, keep the mulch a few inches away from tree trunks and the crowns and stems of plants. This will help reduce rot on the stems of young plants and will protect the bark of young fruit trees.

Top dress garden beds with compost or well-seasoned manure in preparation for planting. Resist the urge to dig the bed; established beds have a complex soil ecosystem which is best left undisturbed. Nutrients added from the top will work their way down into the soil.

In early spring you may find that your compost pile is wet and does not appear to be actively composting the materials you’ve been adding through the winter months..

Early spring is the time for lime

Soils with a pH below 6.2 will benefit from the addition of lime. Dolomite is the finest grind, and is recommended. With ground limestone it will take twice as long for plants to derive any benefit from it. Ideally, lime should be added several weeks before planting. Hydrate lime, or “quick lime”, is not recommended, since it can change the soil pH so rapidly that plants may be damaged. Cover newly limed beds with plastic during heavy spring rains to prevent runoff. Soil pH can be determined by using a soil pH test kit.

Prepare your lawn for spring

Rake the lawn to remove dead growth and winter debris. This helps bring light and air to the soil level, encouraging the grass to grow. Re-seed bare patches of lawn. Rake bare spots firmly with a metal rake before seeding. Sprinkle grass seed into a bucket of soil and spread evenly over the bare spot. Keep well-watered until seeds germinate and the new grass establishes. Non-toxic, pre-emergent herbicides such as corn gluten may be applied now.

Once new growth begins, it becomes difficult to thin ornamental grasses and ferns without damaging the plant. New growth will quickly replace the culled foliage. And if you didn’t get around to this last fall, pull the old tomato, squash, and other plant skeletons to clear the bed for planting. Plant skeletons can be added to the compost if you are sure they do not harbor any plant disease.

Soil is ready for gardening once it is free of ice crystals and crumbles easily. Soil that is too wet is easily compacted, reducing beneficial soil aeration. Common early spring crops are peas, spinach, lettuces and leeks. (Read The Early Salad: Five Underrated Greens You can Eat in Winter and Early Spring for more information about early spring greens.)

For a prolonged harvest, plant several varieties, each with a different maturation date. Follow these crops with broccoli, cabbage, radishes, kale, turnips, new potatoes and onions. Mulch early bulbs if you live in areas where freezing temperatures hang on.

Early spring plantings are vulnerable to hard frost, which can set in overnight. If you expect a hard frost, cover seedlings overnight with anything you have on hand: an overturned bucket or cardboard box (with a rock on top) or large flowerpot, a portable garden cloche, or a cold frame. If your garden has the space, and your budget allows, a starter greenhouse is ideal for starting seedlings early in the season and protecting them from inconsistent early spring weather.

Getting a head start on the season is important if you’re planning to grow heat-loving vegetables from seed like tomatoes, peppers, eggplant, and basil. Sow seeds into starter mix divided in trays. Place in a sunny windowsill or under a grow light as soon as new shoots emerge.

Be one step ahead of the cabbage moth

Once the frosts are gone, the cabbage moth may appear. It lays eggs against the lower stems of brassica seedlings, including cabbage, broccoli, Brussels sprouts, kale, and cauliflower. Once the eggs hatch, the seedlings lose vigor and often die. Be prepared to protect these crops from root maggots by covering plantings with row covers or applying small pieces of barrier paper around the seedling stem base. Maggots are more of a problem in cool, wet soils.

Early spring brings wet weather to much of the continent, and in many areas, slugs emerge in tandem with springtime rains. If slugs are a problem in your area, monitor young seedlings for damage and hand-pick as the pests emerge. Use non-toxic slug control like diatomaceous earth when weather permits to keep them from decimating your garden before you get a chance to enjoy your harvest.

Plant out bulbs and tubers

Early spring is the time to set out bulbs which were forced in pots or bowls in the house. Some may bloom next spring, others may take two or three years to rebuild enough food reserve to support flowering. It’s also the time to plant out new lilies and any gladiola bulbs or dahlia tubers you may have overwintered inside.

For easier handling try to time the division so emerging shoots are only two to four inches tall. Prepare new beds for perennial flowers by spreading a six-inch deep layer of organic matter (i.e. peat moss, compost, or rotted manure) and work in deeply. Plants growing in deep, rich soil are less likely to suffer from summer drought. Existing perennial beds can be cleared of old plant debris and mulched to prevent weed growth. Mulch should be applied around, but not over, the sprouting root mass of each plant.

Stakes can also be put in the ground now for sprouting perennials such as asparagus, which may need support for it’s tall ferns later in the season in gardens exposed to wind. Be sure to set the stakes well clear of the root mass so as not to disturb emerging shoots.

Prune out dead or damaged branches

Prune unwanted branches of trees and shrubs after new growth has begun. Cut back any remaining dead perennial foliage from last season. Prune roses just before they start to bud out. Spring blooming trees and shrubs, however, should not be pruned in late winter; their flower buds are ready to open as temperatures warm. Azaleas, forsythia, weigela, dogwood, and other spring shrubs can be pruned.

Fruit tree pruning is best done in late winter or early spring. Prune well before buds begin to break into bloom or the tree may be stressed resulting in a reduced crop. Pick up and remove the pruned clippings, especially if you intend to cut the grass under the tree during summer.

Allowing a little swaying of tree stems results in sturdy yet resilient plants. Thin out some branches of trees that have a history of leaf spot diseases. Pruning will improve air circulation and penetration of sunlight, which in turn can reduce the incidence of disease. Remove tree guards or burlap wraps from the trunks of young trees or shrubs. This prevents moisture buildup beneath the wrap, which can encourage rot and promote entry of diseases.

Transplant shrubs before they begin to leaf out

Soil conditions in early spring are favorable to transplants because the soil is more consistently moist, which helps new rooting to expand from the transplant zone and reach out for more nutrients.

To transplant any shrubs you want to move, use a spade to find the edges of the main root mass, then dig down and under to loosen the root ball. Dig the new hole several inches wider all around, and add soil amendments such as compost or organic fertilizer. Once the transplant is set in place, filling in around the sides with lightly compacted soil will promote lateral root growth.

Apply oil spray to pears just as the buds begin to swell and then again 10 days later to control pear psylla and pear leaf blister mite. Make a single application of oil on apple trees when a half-inch of green tissue is visible in developing buds.

Apply dormant oil to trees and shrubs which have a history of aphid, scale, or spider mite infestations. Destroying these pests safely with spring applications of horticultural oil will reduce your need for pesticides later in the growing season.

Inspect your pole pruner before using

Before setting foot on the orchard ladder, take a few minutes to inspect the head of the pruner and the cord. If there is a failure of any parts while you are pruning, it could send you for a tumble. Read our article Pre-Season Pole Pruner Checkli 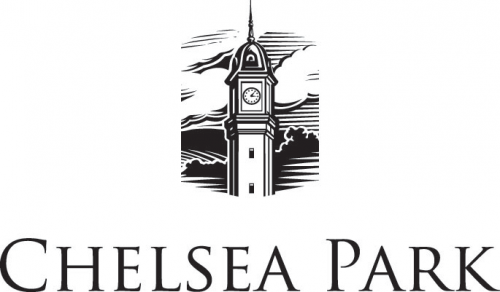 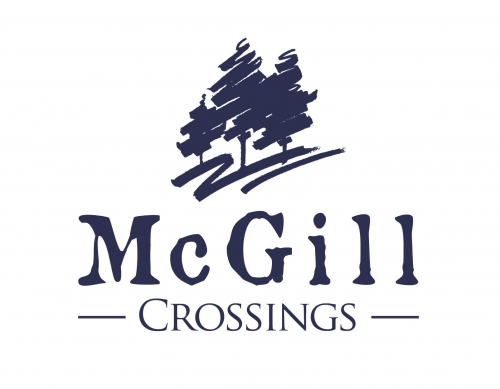 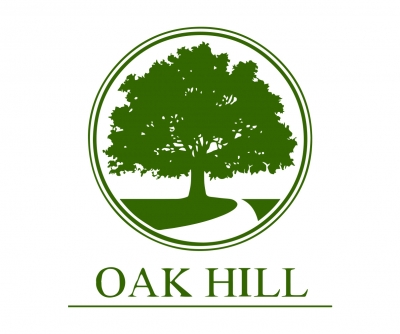 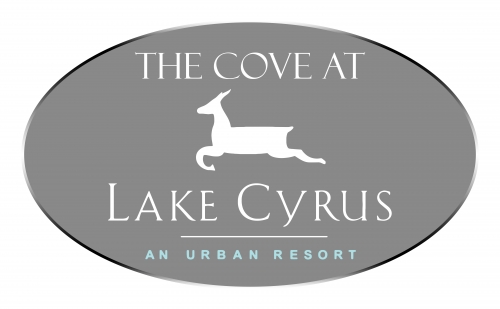 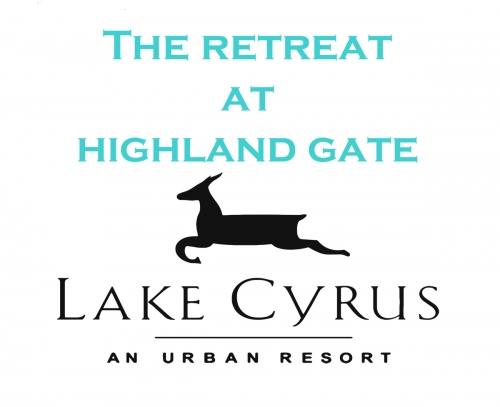